Research question: In pediatric patients, does lingual tonsil hypertrophy result in upper airway obstruction and respiratory-related symptoms that can then be treated with lingual tonsillectomy?

Methods:
Ten children were referred by a pediatric pulmonologist with chronic upper airway symptoms (cough, throat-clearing, exercise-induced shortness of breath, and in some cases, a sensation of food sticking in the back of the throat when eating) unresponsive to traditional treatments, and for whom the only abnormal finding on flexible bronchoscopy was LTH. Endoscopic lingual tonsillectomy was subsequently performed, and the post-operative response was assessed.

Results:
The patients had chronic respiratory-related symptoms including for an average of 21.9 months. After surgery, the patients were subsequently followed for an average of 24.2 months. Nine of ten patients saw preoperative symptom resolution after surgery. One patient experienced symptom recurrence and LTH again after 1 year but has seen symptom resolution 14 months after surgical revision. One patient has been subsequently scheduled for palatine tonsillectomy due to symptom persistence 2 years later. There were no intraoperative complications and only one patient experienced mild and self-limited pharyngeal bleeding 8 days postoperatively.

Conclusion:
Lingual tonsillectomy proved to significantly resolve chronic respiratory-related symptoms when no other treatment had in this case series.

Discussion:
The resolution of respiratory-related symptoms after lingual tonsillectomy implicates LTH in difficult-to-treat symptoms, including chronic cough, throat-clearing, and exercise-induced shortness of breath. Other symptoms that were also frequently present were snoring, globus sensation, and a sensation of food sticking in the back of the throat when swallowing. Each patient was previously treated, unsuccessfully, for differential diagnoses such as laryngopharyngeal reflux, allergic rhinitis, vocal cord dysfunction and reactive airway disease. LTH is difficult to diagnose and may be overlooked, contributing to the commonplace chronicity of these respiratory symptoms. Though sample size is a limitation, this study suggests that the role of the lingual tonsils should not be overlooked in patients with these types of symptoms. Further studies with a larger sample size are required to further support the use of lingual tonsillectomy as treatment for these chronic upper airway symptoms.

Determine the role of lingual tonsillectomy in resolving difficult-to-treat chronic upper-respiratory symptoms of unclear etiology that were previously, and unsuccessfully, treated according to standard practice methodology.

Investigate the relationship between lingual tonsil hypertrophy and upper-respiratory symptoms such as cough, shortness of breath, snoring, and dysphagia.

Explore a less common indication for lingual tonsillectomy and its success in a different patient population than it is commonly performed. 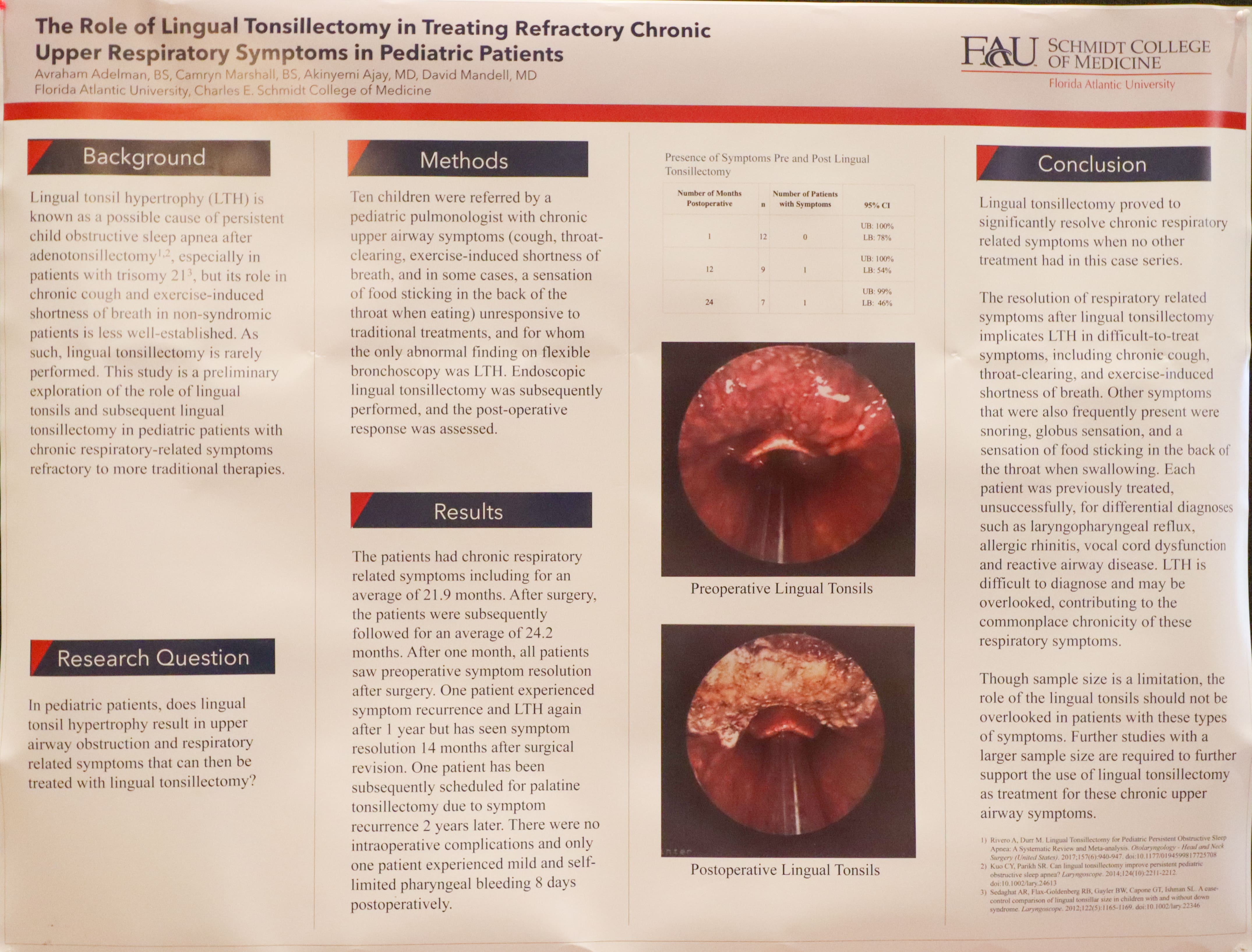